Ecologists have not paid much attention to the fact that organisms grow during their ontogeny. Our group has therefore been exploring the ecological impacts of the growth of individuals.

Past studies have consistently shown that predator cannibalism can weaken predator effects on heterospecific prey, both by reducing predator density and by lowering the feeding activity of the non-cannibalistic predators. However, we found that cannibalism among H. retardatus salamander hatchlings can lead to intensified predation pressure on R. pirica frog tadpoles (Takatsu & Kishida 2015) . Size dynamics on an ecological time scale is the key to solving the mystery of this counterintuitive impact of predator cannibalism on prey. Salamander hatchlings that become cannibals and consume conspecific hatchlings grow rapidly into giants. These giants can subsequently easily consume R. pirica tadpoles, a relatively large prey species. This negative impact of predator cannibalism on the tadpoles enabled by the rapid growth of the cannibals overwhelms the positive impacts due to the reduced predator density and the defensive behavior of the non-cannibalistic larvae. Because animals commonly broaden their diet as they grow, such negative impacts of predator cannibalism on heterospecific prey may be common in interactions between predator and prey species of similar size. 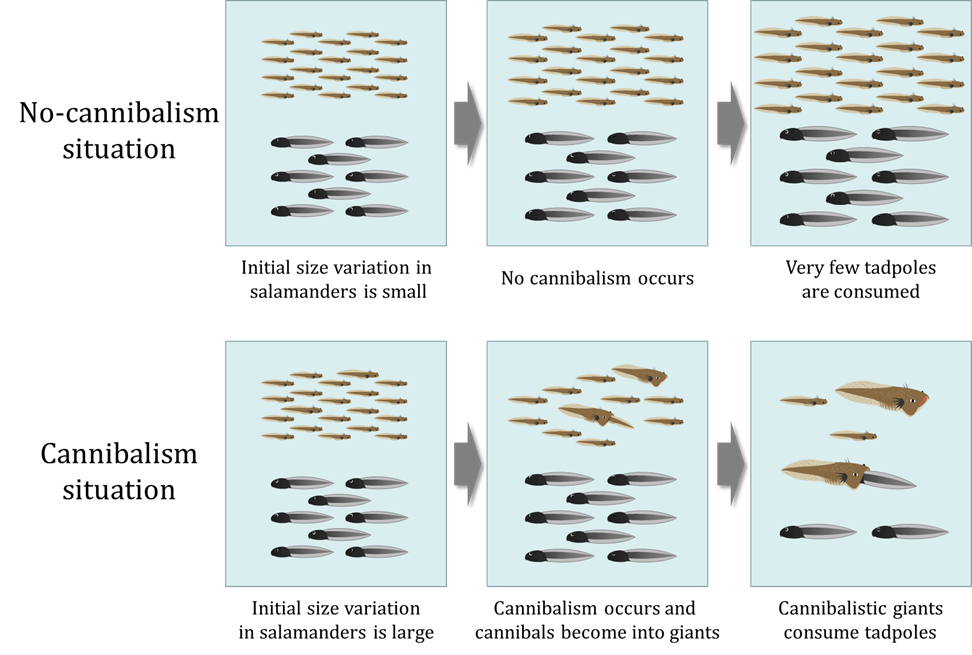 How does hatching phenology affect the outcomes of predator–prey interactions? 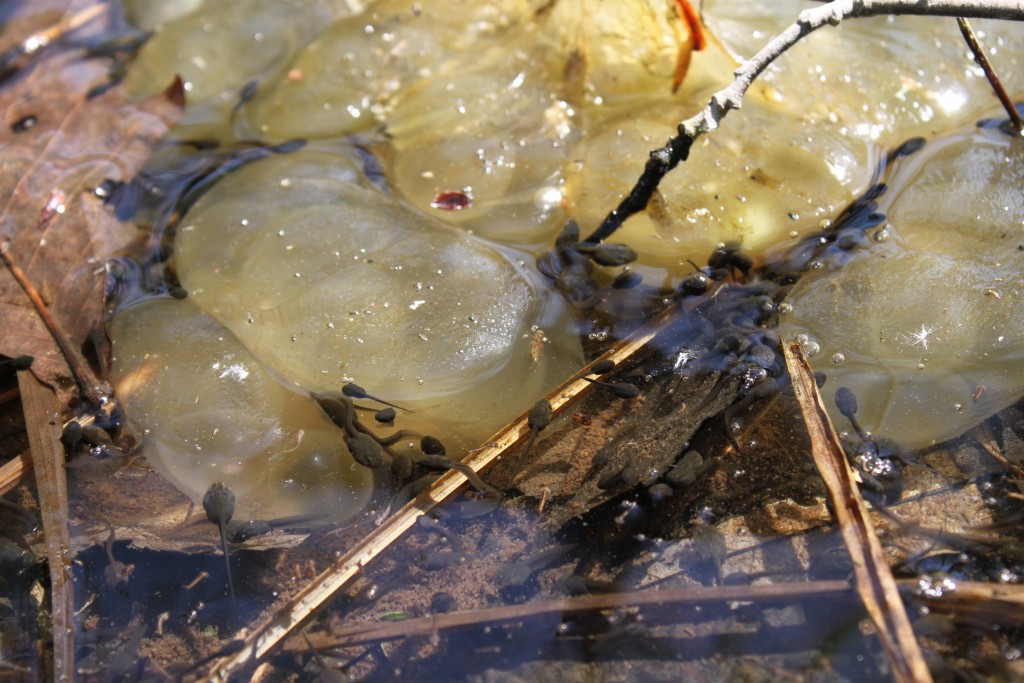